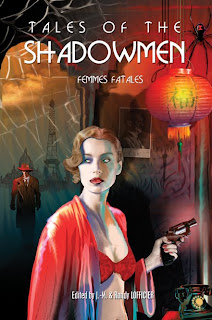 I've been working on a story for vol 7 of Tales of the Shadowmen for most of the Summer.

It was a great idea! Tales of the Shadowmen invited authors to use the characters of French, American, British and other pulp literature who are in the public domain in new adventures in crossover stories that shed new light on the familiar archetypes. The subtitle of this volume is "Femmes Fatales" and many of the stories will focus on the great villainesses. 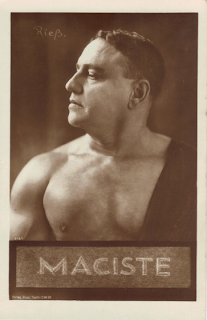 I wanted to use Antinea, the queen of the hidden Atlantean city in Pierre Benoit's novel L'ATLANTIDE. This heartless villainess seduces visitors to her city and then dips them in gold to preserve them forever. It seemed to me that the perfect foil for the queen would be Maciste. If you don't know his name, Maciste is possibly the first character ever to have a series of films made about him. He was the strongest man in the world and saved the day in more than a score of silent Italian movies.

As I cast around for more characters to throw into the mix, I discovered P.C. Wren's 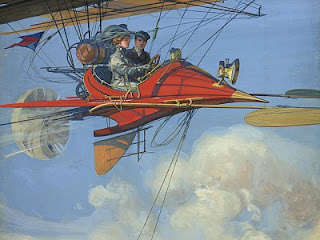 classic adventure novel, Beau Geste. Friends also told me about a Jules Verne novel, CITY IN THE SAHARA about a city of criminals hiding in the Sahara and raiding civilized countries in their amazing flying machines.

It seemed like an irresistible combination. A lost outpost of Atlantis, a cruel queen and hr gilded lovers, flying machines, the Foreign Legion, and the world's strongest man.

Sadly, I never could find a way to make it work. It happens like that sometimes. All the elements are there, but nothing gels. The idea lacks some little spark that could bring it to life and just sits there. That used to drive me crazy. It still does, actually, but I get over it much more quickly these days. 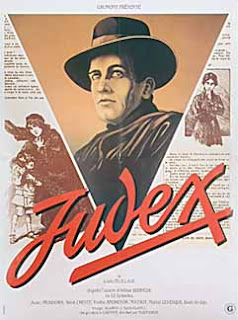 I checked with Jean-Marc Lofficier and he graciously allowed me to switch stories in mid-stream. The new tale tells of the World War 1 meeting of Judex (a black cloaked mystery man who predates the better known characters the Shadow and Batman) and Hugo Danner, the superhuman protagonist of Philip Wylie's novel Gladiator.

The result is a little like the classic comic book teaming of Superman and Batman, but only superficially. These guysd are not the characters that comic fans know so well, and the story is profing fascinating to write.

It's also starting to flow in a way the first idea never did. Sometimes a complete stop and re-think works wonders! 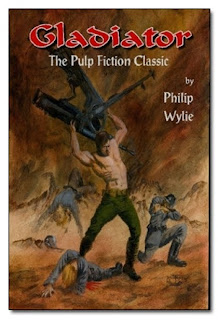 I heard back from SIX GUNS STRAIGHT FROM HELL today, and they want the story! I think that's the fastest acceptance I've ever gotten!
Posted by Matthew Baugh at 1:22 AM 6 comments:

I remember doing a few of these in college. Looking back, I don't know how I ever lasted through the day after.

Occasionally I will still stay up all night working on a story; it happened last night. Sometimes the words are flowing so well that you are afraid to stop. It's as if the magic will disappear and so I press on.

At the end there's a feeling of great accomplishment. Finishing a story (a first draft anyway) is a wonderful thing. At the same time, I can't help thinking that I need a better writing schedule. :-)

But "Kumiho" is done and off to a couple fo trusted beta-readers and my writing workshop. No more all nighters for me! (At least not this week.)
Posted by Matthew Baugh at 3:41 PM No comments: 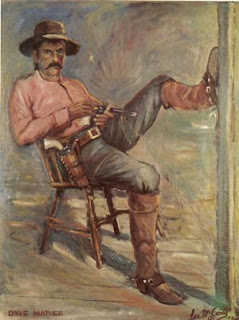 A few years I wrote something for a project Ron Shiflet was working on. Sadly, the project seems to have folded and I haven't been able to get ahold of Ron. I hope he's well. He's a talented writer and a heck of a nice guy.

Anyway, I put the story, "Decently and Quietly Dead" into my metaphorical trunk for a bit on the chance an opportunity would throw itself at me. This weekend it did.

My friend Win Scott Eckert sent me an email introducing me to Laura Givens who is working on an anthology called SIX GUNS STRAIGHT FROM HELL for Science Fiction Trails Publishing. I think it'll be a great fit, but am keeping my fingers crossed until I see if they agree.
Posted by Matthew Baugh at 1:27 PM 2 comments:

I'm visiting my parents in Albuquerque for a few days. One thing that always strikes me when I come back to the southwest is the view of the sky. I don't mean to speak ill of the midwestern skies, which are often lovely, but there is a difference.

It's a different type of beauty here with vivid blues and whites as big well-defined clouds pile deep on the western horizon. I don't know enough about meteorology to say for sure, but I think the climate here produces a different kind of cloud formation. I see massive thunderheads piling in banks or sailing along like individual roaming mountains.

It's odd to think of clouds as "massive" but there is nothing wispy about these giants. Seen from the ground they seem as solid and imposing as the granite mountains to the east. It's easy to imagine walking or climbing on them.

These are the kind of clouds that tempt the imagination too, with their solid seeming fantastic shapes they look like colossal impressionist sculptures. Last night I must have been in an Egyptian mood because I saw a sphinx sitting a bust of Anubis, with his jackal ears and sharp muddle presiding over a sea of monuments and sarcophagi.